CRISPR: Changing the Game of Genetics

Insider
0
You’ve probably heard of CRISPR technology and the promises it holds for the field of genetics. Although scientists have been working with genomes for some time now, this new tool has been predicted to transform the future of biology, and this breakthrough is getting a lot of media hype now for its potential uses. It allows scientists to edit genomes with extremely increased accuracy and flexibility.

CRISPR, or Clustered Regularly Interspaced Short Palindromic Repeats, is a naturally occurring defense mechanism found throughout a wide range of bacteria. Essentially, one DNA sequence is repeated many, many times with unique sequences in between. This was interesting, but the real breakthrough came when scientists then realized that these unique sequences match the DNA found in viruses that specifically attack bacteria. CRISPR acts as a sort of natural vaccine, keeping small amounts of dangerous viruses so it can recognize and fight off these viruses.

But that is only part of the equation. After the CRISPR region familiarizes itself with the virus DNA, it then pairs with a set of enzymes called CRISPR associated proteins, or Cas, the best known of which is Cas9. Together, CRISPR and Cas9 drift through cells and identify and destroy any virus that matches CRISPR DNA. And Cas9 can recognize a sequence of only about 20 bases long, making it much easier to tailor to a specific gene.

Here’s a video created by scientists from MIT explaining how this system works much better than I could ever hope to:

So far, scientists have been able to create animals with specifically targeted mutations using CRISPR and have even prevented HIV infection in human cells using CRISPR. Scientists say that this process could hold the cure to any number of genetic diseases. This new system has attracted a lot of media attention, and with it, the inevitable questions of its morality. But one thing is sure, CRISPR will improve humankind’s ability to edit the DNA of any species, including humans.

And it just so happens that the same sequencers we service at SeqGen can be used in this process! Both qPCR Machines and Sanger Sequencers perform the analysis required for CRISPR. It’s truly an amazing feeling to know that the machines we work with every day are instrumental in such incredible breakthroughs! 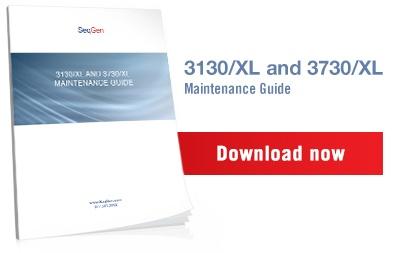